Tree (bush) is moderately vigorous and branched enough. Blossoms early and is self pollinating, maturing in mid-September. Yields early, is orderly and in abundance. Grows in bunches (approximately 3 - 5 fruits). Radman core is about 46%. It ripens in late August. The shell of the fruit is very developed - longer than fruit so it is harder for the fruit to fall out of it. The fruit is medium-large about 3 gr. Its shape is oblong with a maximum width at the middle. Color is light to dark gray, and the top is covered with grayish hairs. The top is dull and a little flattened in length with well defined edges. The fruits usually do not fall out of it’s shell. The core is large, yellowish-white color, very tasty and aromatic. Fruits stored year and a half in an ordinary warehouse had 1% of the bitter core, and after 3 years the percentage is 12%. Hollow fruits are rare. It is pollinated well by Hallesche Reisen, Gentile Romana, Landberski and forest hazelnut. 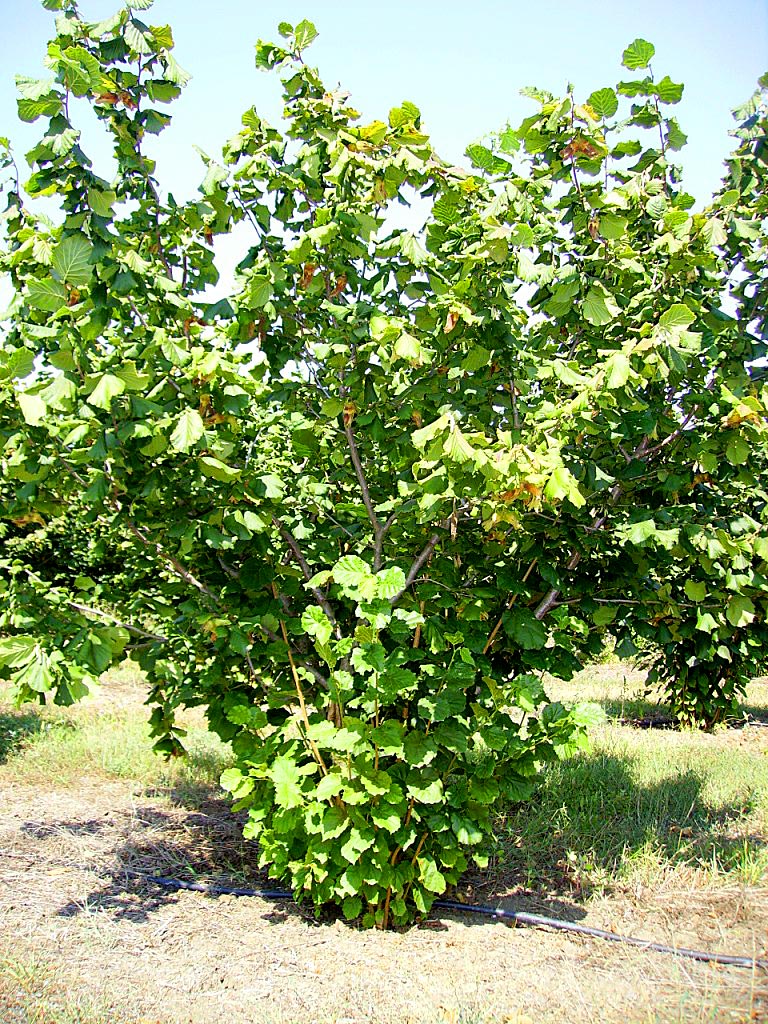 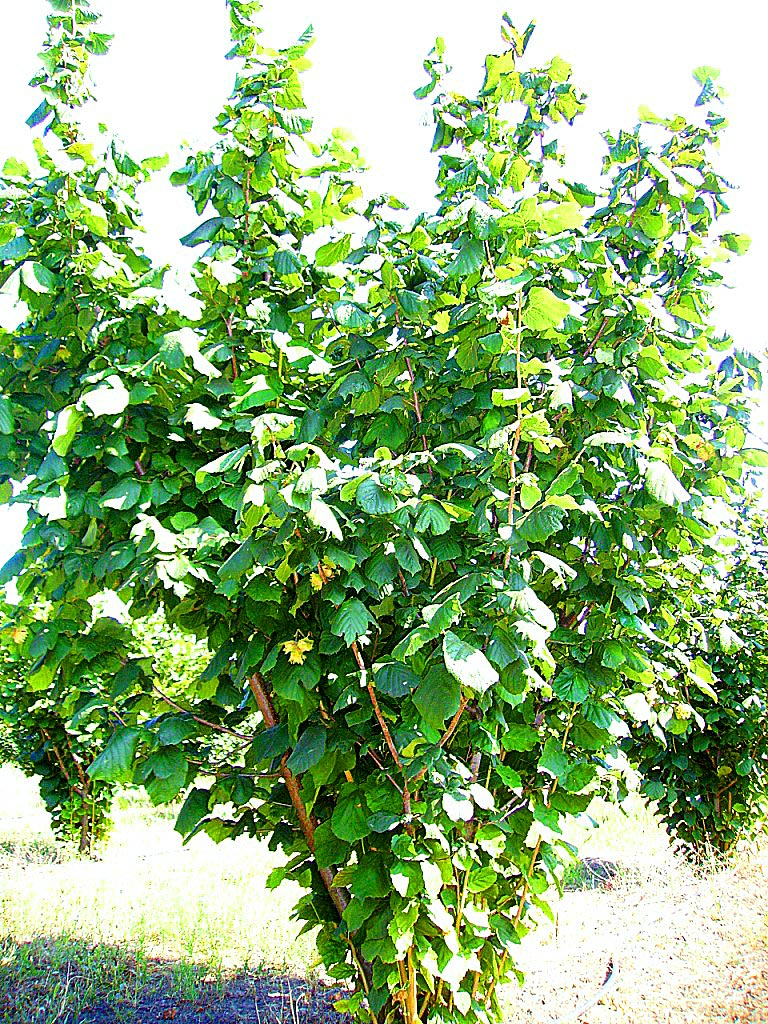 Originates from Germany and is widespread in all European countries. It is considered the best variety for mass production. Tree (bush) is a moderately vigorous but strong and develops many offshoots. It is self pollinating and blossoms late. High produces. It ripens in september, the fruit weighs 3.4 grams, approximately at the base is broad and conical towards the top. The fruit easily falls out of the shell. The core fills the shell. The shell is thick and solid, brown with noticeable stripes. Core weight is 1.3 grams. After one year of storage it goes rancid about 15%, and after 3 years 46%. The core has a pleasant taste and flavor, despite the industrial processing is also used for table use. It is well pollinated by Istria Long and Gentile Romana. It ripens in late august.

Is of Italian origin. Tree (bush) is a medium-vigorous and develops many offshoots. Blossoms medium early, initially produces very little and later on generously and regularly. It ripens in late August. The fruit is large and unevenly flat with a core of 45% Radman. Shell is light brown with dark stripes. Provides a lot fruit that are empty or shriveled core. The shell of the fruit is slightly longer than the fruit with deep notches and holes which allows the fruit to fall out easily. The shape of the core is irregular and flat, weighing approximately 1.4 grams. Fruit weight is 3.7 grams. The taste of the core is sweet and without any flavor. Percentage of rancid core after a year and a half is about 4%, and after 3 years 22%. For processing can only be used with other varieties due to lack of flavor. A good pollinator. Self-sterile variety is well-pollinated by Istria Long and Hallesche Reisen. 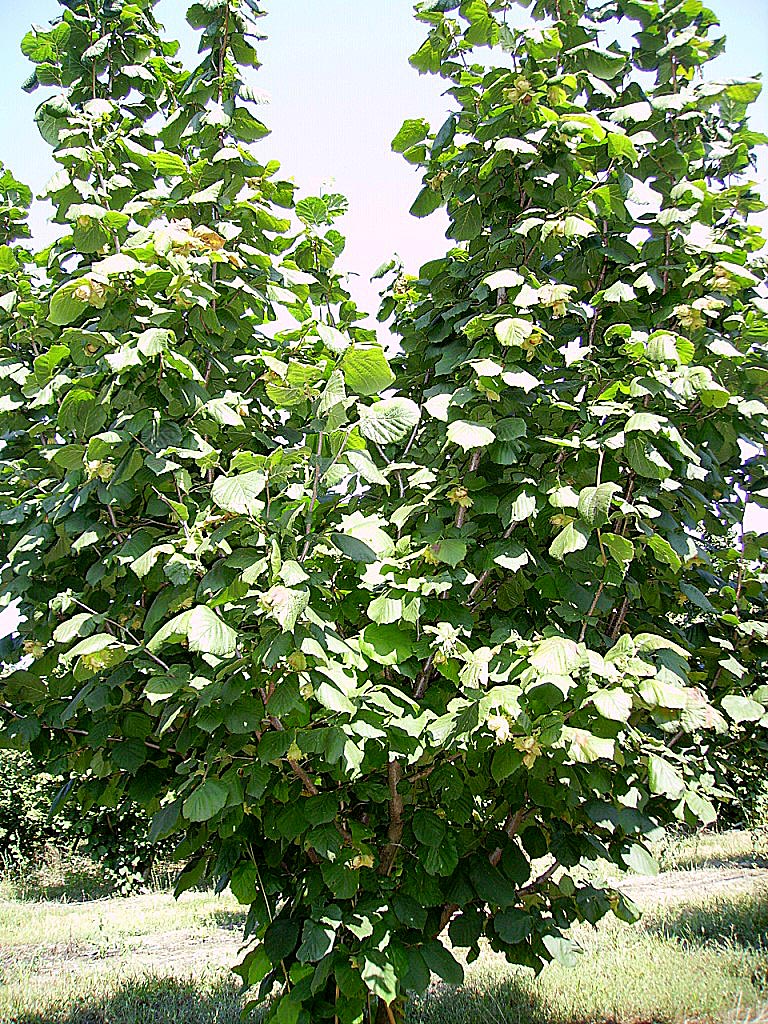 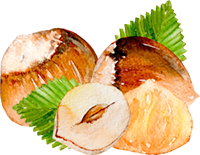